MDAD responds to Alexander Graham Bell Assoc. for the Deaf and Hard of Hearing

The human brain is by far the most complex organ on the planet, with parts dedicated to specific tasks or actions. Visual and auditory simulations are processed in separate regions of the brain. Long before linguistic experts proved American Sign Language (ASL) had the essentials of language, neuroscientists at the renowned Salk Institute of San Diego, in 1979, discovered that ASL utilizes the same part of the brain as auditory language[1]. This shows ASL, despite its visuality, was processed just like any other language - backed by neuroscience.

Fast forward some years, more scientific studies have discovered other things. Scientists who study language say ASL is a language. Bilingualism, the use of two languages, does not harm language development but instead enhances it. A study showed learning signed and spoken language simultaneously is, in fact, more beneficial for the student.

Yet there is an industry, driven by profits, stakeholders and perhaps greed, that ignores all this.

The cochlear implant industry admits not all implant recipients are successful in mastering spoken language[2]. If their auditory program has failures, why are they not listening to the neuroscientists and linguistic experts? Adding ASL to their training would boost their success rate, thus also their profits.

And in the event a student dually trained in both ASL and spoken English is a failure in acquiring sufficient hearing ability, they would have full access to a language easier to learn: ASL. There exists no documented evidence showing a young student immersed in ASL failed to acquire it.

So why has the industry, led by a lobbyist group, Alexander Graham Bell Association for the Deaf and Hard of Hearing (AG Bell) headquartered in Washington D.C., stubbornly frowned upon ASL even though they declared official recognition of ASL as a language? The industry’s profit model cannot afford any chance parents of deaf children choosing ASL as an only option. Like many industries motivated by profits, they will say one thing and do the other. Even when there is abundant scientific research showing they are wrong. Greediness of profits creates a disability called blindness.

This disability has injured the all important development of human beings, and if never exposed to ASL in later stages, the development stalls and is potentially abandoned, leaving an empty shell wrapped in skin.

The child's development between the ages 0 to 5 is a vital window, which once missed is an opportunity lost forever. To avoid this, the deaf student must be provided with all the tools available to ensure their success is surefire; not a risky gamble.

The cochlear implant industry does not gamble; they collect profits regardless of the result. It's a living human being which is being gambled, in the name of greed. There is absolutely no reason to roll the dice when the human brain has revealed the answers. 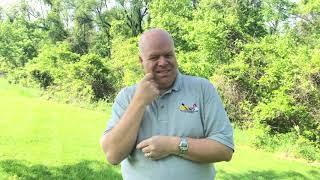 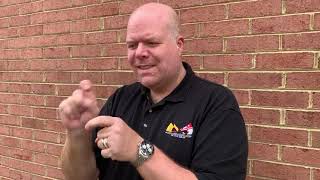